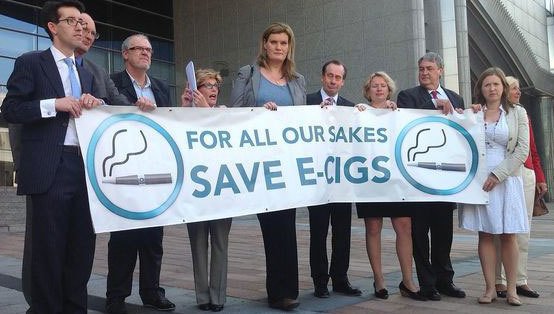 Save the Vaping Industry: a safe alternative to smoking. Change the TPD.

The TPD is due to take effect on the 20th of May, This is a European directive  that has been constructed by people that clearly have no idea about vaping, but do have an agenda to damage, hinder and destroy the vaping business. Yes there should be control and monitoring, but most of the regulations within this directive make no sense. It is the belief of many that these rules have been put in place to destroy a thriving industry, one that has the potential to save as many life's in the future that tobacco has sadly taken in the past.

Below are a couple of  examples:

Max 2ml Cartridge / Tank: Where is the logic in this?

E Liquid will be restricted to 10ml bottles: As we know most of the premium liquids come in larger bottles (average size 30ml),

Once again no logic or sense as there is no restriction on the purchase quantity.  This is a prime example that these rules have been put in place to cripple the industry.

There are many more senseless and ludicrous rules but suffice to say if you read through this directive you can only come to one conclusion. It was constructed and written, not to control, but to destroy an industry that could and would have the potential to save millions of lives in the future.

I am pleading with the government  to see sense and rewrite the TPD, but this time using a panel that includes converted smokers and retailers.  If this healthy and safer alternative is interfered with or taken away, then it will just move underground on the black market (do we want this)?

Please listen to sense.  We know cigarettes will kill you that is a proven fact. So why tamper with a truly safer alternative (95% according to our health service).

On a final note,  this is a European directive.  If there is no change I know what way i will vote on the 23rd June (European referendum).